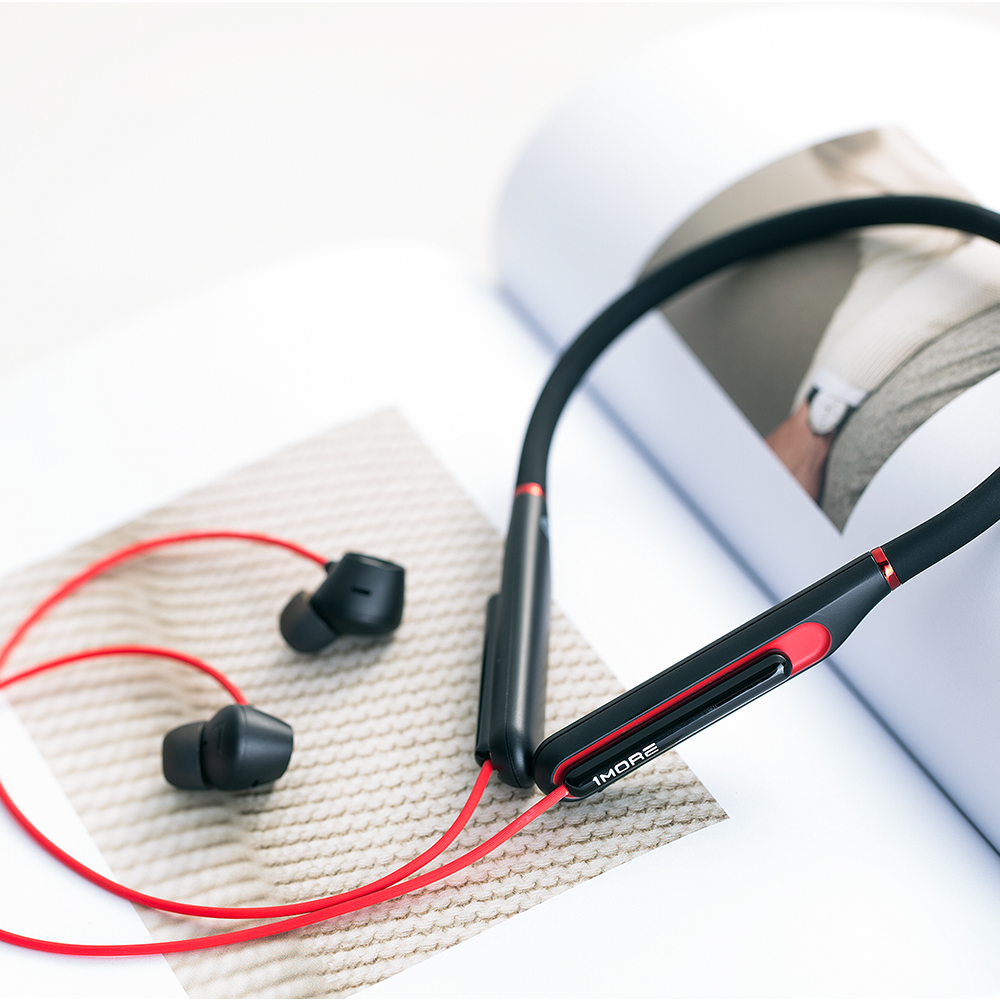 Want to rank in the game world, in addition to having a good visual and responsiveness, the corresponding hardware equipment also plays a key role, headphones is a very important equipment, listening to the sound in the ESP game The role of the bit, friends who have played these games must know.

Speaking of e-sports, I have to say one more person – Jay Chou, a friend who doesn’t know only knows that he is a singer, but in fact the players in the game circle know that he is a “king of the e-sports hidden in the singer”, many players They also said that they met Jay Chou in qualifying because he was very obsessed with the game, so they set up their own e-sports team and opened a high-end Internet cafe called “Magic E-sports”, which is said to be 300 yuan per hour! Joining 1more is also a part of the development of e-sports. After all, good equipment can bring a good record. Today, this 1More spearhead VR gaming headset is the product that Zhou Dongli pushes. Let me go and see.

The whole package is made of fashion and technology, the material of matte feel, the tone of red and black is also very passionate about the game. It is designed with 1more’s “1” as the flame. The biggest image on the front is the appearance of the headphones. .

The side is the product’s features: 7.1 virtual surround sound system, 50mm patented magnetic suspension synchronous vibration unit, ENC dual microphone environment noise reduction technology. In addition, this headset is also the official earphone of the 2017 ChinaJoy e-sports competition, and the designated headset in 2018 is spearhead VRX, in addition to the details of the change, also added a unique Waves Nx head tracking 3D sound algorithm system in the headset Built-in black technology that tracks the wearer’s head movements, of course, the price has doubled, and interested friends can pay attention.

The back is a functional diagram and unit disassembly diagram of the headset.

The package is fixed with a side flip magnetic lock, and the design manuscript of the earphone is printed inside. It is very rigorous and literary. This method has also been used in other products of 1more. After opening the transparent plastic protective case, you can see the appearance of the whole earphone. The earphone is bound by the magic band in the plastic inner box, which is very firm.

Headphone storage bag is a very practical item. This is not a plain flannel material, but a satin diamond PU material. It feels very textured. For some good headphones, it is easy to fall off when exposed to the outside for a long time. It is difficult to clean up, and the storage bag can solve this problem just right. It is not a problem to carry it out.

The 3.5mm audio cable and USB data cable work very well, the feel is soft and moderate, and the 1more logo can be seen on the audio cable connector.

This esports headset gives me the feeling of low-key and high-end. There is no high-profile sleek marquee and large microphone and large plastic like some products. It is more like a high-end HIFI earphone with light luxury. It is solid and not working. Exaggerated. The overall shape is sleek, except for the earmuffs and headband, the other parts are made of metal; 304 stainless steel head beam, zinc alloy shaft, sandblasted surface, microphone speaker nozzle also uses stainless steel protection net, so take it in your hand You can feel the strong metal style, 1more called “Cyber ​​Punk future mechanical wind”.

The head beam of the 1MORE Spearhead VR headset is made of 304 stainless steel. The split suspension design combines elasticity and clamping force. It is suitable for people with different head circumference sizes for a long time. The headband can be automatically adjusted to the appropriate size, although the overall weight is Nearly 330g, but the feeling of not pressing the top of the head is still very comfortable, the minimalist shape ensures the aesthetics and makes it more convenient to use, which reminds me of the words of Jay Chou: “Oh, good.”

The inside of the headband uses a porous mesh design, which is very breathable. I believe that even in the hot summer, I don’t feel sultry and sweaty. The edge is made of diamond-like PU material, which is the same material as the storage bag.

The symmetrical design is used on both sides of the earmuffs, the visual shape is the same, and the rotating shaft is made of ZD-3 zinc alloy. The hidden design and the surface are also sandblasted, which is more resistant to corrosion and makes the connection more tight; 180# surface Sandblasting, the same process as the Apple iMac metal surface… Looking at this official introduction, the author instantly feels that this headset has become taller! Indeed, when you touch the corners of the bearing and each metal, you can feel that every place has been polished by a special process, and there is no feeling of cutting your hand.

Perhaps the recent recollection of Jin Yong’s works is much more. This slightly revealing telescopic LED is like a sword that can be sheathed. It has a lot of charm. When the headset is connected to the USB port of the computer, the light effect will follow the music and call volume. The size changes in brightness and darkness, and the custom color adjustment of 16.8 million colors can be achieved with the matching driver software.

The 1MORE Spearhead VR headphone unit has a patented CD laser engraving design that has different visual effects in different light modes like a disc.

A pair of 50mm synchronous vibration graphene units can achieve a frequency response of 20-20KHZ. In addition, the dual unit uses acoustic synchronous feedback and Super Bass design to synchronize sound and picture. When the low frequency is 30 Hz, the ears will experience the real vibration waves emitted by the speakers, making it more exciting to listen to the heavy bass such as gunfire, war, and flight.

The function keys and interfaces of the 1MORE Spearhead VR headset are concentrated on the left side of the earmuffs. The feel of the buttons is very good. When the volume rotation button is pressed down, it can be switched to the subwoofer adjustment mode. Press again to return to the volume adjustment. The mode, one-button dual-use design makes the author very novel, can quickly adjust to the best sound effects in audio and video games, this design is absolutely 5 points.

The 1MORE Spearhead VR earphones feature a 360° omni-directional design with adaptive adjustment. The unit can be rotated at approximately 30 degrees and can be worn to better fit the ears. Wan Mo is a bear as a mascot, then I also demonstrated with the bear, you can see that the teddy bear’s head has not been deformed by the headphones, the adjustment ability of the headphones is quite good.

The material does not use the conventional protein ear cotton, and it is changed into a breathable mesh cloth, and the inside is a soft skin-friendly inner edge, taking into account the touch of the cheeks and the ears. If worn for a long time, the advantage is full, compared with the protein ear cotton. It is much more breathable, but there are also disadvantages, that is, it is necessary to clean the dust frequently. The earmuffs also have a built-in cool cotton, which is cooler than ordinary materials and is not easy to produce a stuffy feeling.

The 1MORE Spearhead VR headset uses ENC dual-microphone environment noise reduction technology to change the convex microphone in front of the ordinary earphone, and the noise reduction microphone in the rear of the right unit can effectively control the ambient noise at 20dB IQ, and more than 90% of the noisy noise can be used. Filtered. A small front-end microphone can’t be noticed, but it can capture the voice clearly.

Before the official use, you need to download the exclusive driver software of 1MORE Spearhead VR headset from the official website. After opening it, you can find that the setting interface is very simple. You can see the three function options of Speakers, Mic and LED on the left side. It is too simple! ? ? Have you made a mistake!

After carefully reading it, I found that I can right click on the Speakers and Mic options. At this time, more function menus appear, just like the Pandora’s Box! Sampling frequency, equalizer, Xear resolution and detail reduction, Xear subwoofer enhancement and other functions can be customized according to you, the function is very powerful, even after opening 7.1 channel and subwoofer, you can even think of two headphones.

In the LED interface, you can select the color value to adjust the LED’s illumination color. In addition, you can adjust the illumination mode (including long light, breath, heartbeat) and speed. The constant light mode does not support speed adjustment, while the breath and beat modes can be used. Adjust the conversion speed of the lamp effect.

The light effect is still very close to my appetite. The ring LED on the left and right units and the 1more logo, as well as the telescopic LED retractable light can all shine. My favorite is the breathing light effect. It seems that there is life and beating, suddenly Interventional disease, and think of the ad to say: “Give you a rushing heart, wait for Deng Deng and so on.”

Since it is based on e-sports, then the game is its specialty. The game I tested is Call of Duty 4: Modern Warfare Reproduction, Mass Effect 3. “Call of Duty 4” is a very classic work. This remastered version enhances the texture effect, improves the dynamic range lighting, etc. It is sincere, and the 1MORE Spearhead VR headset with 7.1 channels brings a good sound space. Feeling, running footsteps and orientation can be clearly distinguished, the sound of guns and explosions is very shocking, making the game and music seamless, and more war-like.

“Mass Effect 3” is also a game that I once liked. I lie on the hard disk for N years, but I still can’t bear to delete it. This time, the old tour replays, in addition to revisiting the story, this time I have 1MORE esports headset to render music. The atmosphere, it feels like two games, and the headphones have good sound insulation, so I quickly immersed in the world of the game… so much…, the boss called me and didn’t hear anything… ….

1MORE Spearhead VR can not only access computer equipment, but also access PS4, XBOX and other home game consoles. The 3.5mm audio cable can be used on mobile devices. Although the sound is not as good as the computer on the iPad or mobile phone, the sound quality is still good. In “Breakdown 3”, using the character to attack enemies in different directions can produce a corresponding sense of azimuth. The sound of the character is called the sound of the skill and the sound of the explosion of the explosion is endless. This kind of sound enjoyment can make the player More focus on the game, but also can not be achieved with ordinary headphones. Another point to add is the 3.5mm audio cable connection device, the LED light on the headset is off.

The game experience is not bad. How about watching movies? The author opened the previously downloaded “Iron Man” movie at random, and the effect of opening the 7.1 channel plus subwoofer enhancement is very surprising. It is necessary to know that this is a compressed version of the 720p movie, only 300 M. Later, I watched “Avengers 3: Infinite Wars”. This time, it is a 1080P 5.1-channel film. The headphones provide a multi-angle surround effect, just like being in a movie theater. I believe that it will be better with VR glasses. 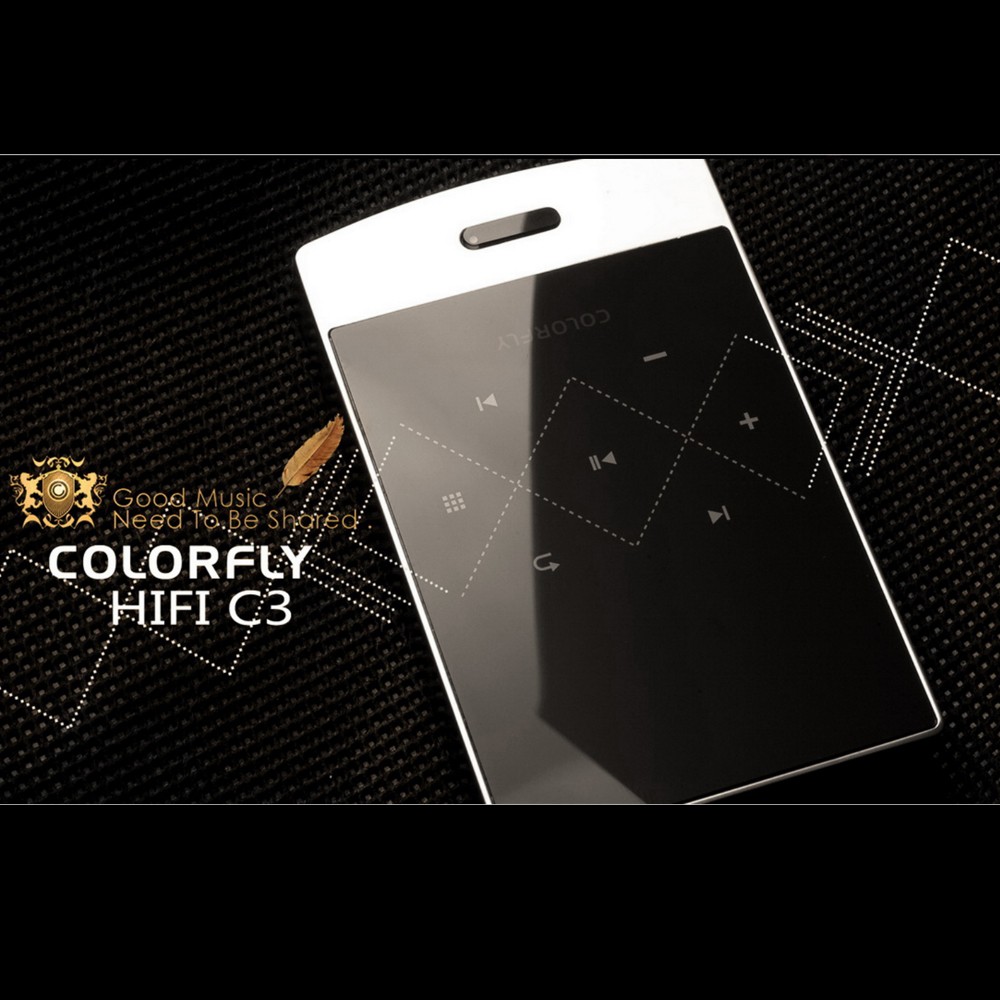