AnyCast M100 can solve the problem between mobile devices and large screens. It is the main intelligent screen hardware for screencasting, such as video, games, photos, office documents, etc. of mobile small screen devices such as mobile phones and tablets. Move to a big screen such as a TV in one second.

The AnyCast M100 has the same appearance as the screen, but it contains a lot of energy. First, in the family scene, the AnyCast M100 screencaster is used to screen TV. It supports multiple mobile video apps, such as Youku, Tencent, and Aiqi. Art, etc., everything is in the grasp of this little AnyCast M100.

Screening game big screen play, the current variety of chicken hand games popular, turn the phone into a handle, play games on the big screen, simply not too cool, the big screen can be seen more clearly, the enemy in the distance is simply nothing shape.

Secondly, under the office scene, AnyCast M100 is on the same screen as the screen, used in office meetings, lecture training, slide show and other scenes to improve the business image and improve work efficiency. It is a good assistant for your business office.

The AnyCast M100 screen player brings more rich scene possibilities to the user’s life. The life is more than just the eyes, and the AnyCast M100 is on the same screen and the distant field. 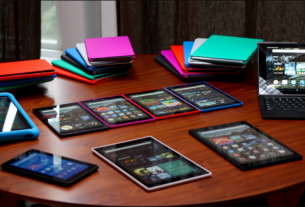 How to Take Care of Your Tablet?