2011 has been called the “Year of the Tablet” for some time now, but the only truly worthwhile tablet device that we have to speak of is the iPad and Android Tablet. If you’re looking for a tablet and don’t fancy an iPad, then Android Tablet is the way to go. We have compiled a list of the best Android Tablets in 2011. Most of these won’t be available for a few months, but we wanted to ignite your techno lust prematurely so you know where to throw your hard earned dollars. Read on below and let us know which one you like best. 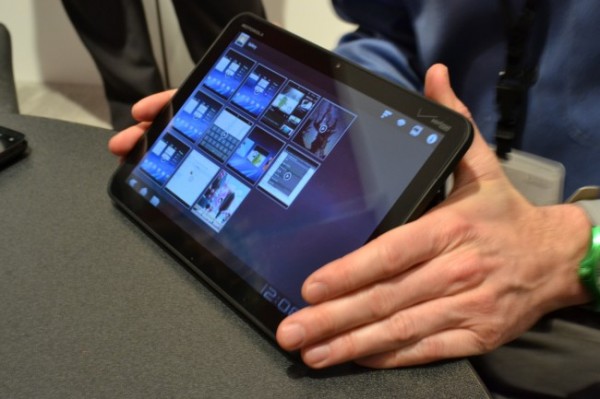 This 10.1-inch Android 3.0, or Honeycomb, tablet sports an Nvidia Tegra 2 dual-core processor, uses a laptop-like 1280 x 800 resolution, and has two cameras: a 2-megapixel sensor in the front for video chat over Wi-Fi, 3G or 4G and a 5-megapixel rear camera for stills and 720p video recording. It will initially work on Verizon’s 3G network but will be upgradeable to 4G / LTE soon after launch. The Xoom is expected to be available in the first quarter, although no pricing has been announced. Most analysts and tech bloggers are saying this is the one to watch, and we are inclined to agree with them. Finally a manufacturer has realized that consumers want a quality, performance tablet with a high resolution screen, and a relatively thin bezel. We will keep you posted and offer you a hands-on as soon as we can.

This 7 inch Touch Screen Tablet is being seen as the first major competitor of the Apple iPad. Based on the Samsung Galaxy S, the Galaxy Tab sports a 7 inch screen and can rightly be said to be a mini tablet pc. The glossy display is powered by the Super AMOLED technology which means you get a bright, free of glares screen. We loved the screen every bit as we did like its lean appearance. At only 0.8 pounds, it puts the 1.5 pound iPad to shame. The stunning black tablet comes with a 1.3 MP camera at the front and a rear 3 MP camera. The tablet runs on Android 2.2 OS which is very good though it can be flaky sometimes. 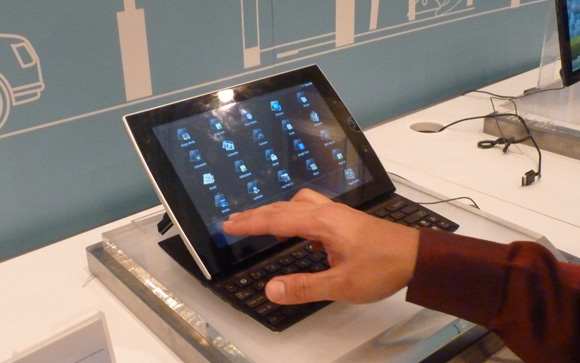 The smartbook-like 10.1-inch Slider is similar to the Transformer, but features an always-attached, slide-out keyboard and weighs in at 2.2 pounds. It features Android 3.0, a Tegra 2 processor and two cameras. It will sell for $499 to $799 and be available in May. We like the form factor here, and while it feels a bit like there’s wasted space on the keyboard base because of the screen tilt, this is one is compact and light. For those wanting something neater and better looking than a netbook, this is a good one to keep an eye on. People still love having the convenience of a full QWERTY. We can see a clear use for the Asus Eee Pad Slider for many people out there. Many tablets are striving to be just tablets, and it’s good to see a few unique designs being proposed.

The Viewsonic Viewpad 7 is exactly the same, albeit slightly more expensive than the Linx Commtiva N700 – and confusingly, Viewsonic is marketing it as a smartphone. It’s a terrible smartphone but it’s a fairly competent 7-inch Android tablet: its 600MHz processor isn’t really fast enough for Flash though, not to mention recent Android releases.

So these are the 5 best Android Tablets of 2011. Whether or not they can knock the iPad off the perch remains to be seen. But their solid looks and functionality can just make them worth rooting for. And if you are looking for something other than the iPad, these can be great options for you. Send in your feedback and let us know what you think of our compilation.

Great Savings! Fresh April Coupons – Up to 15% off