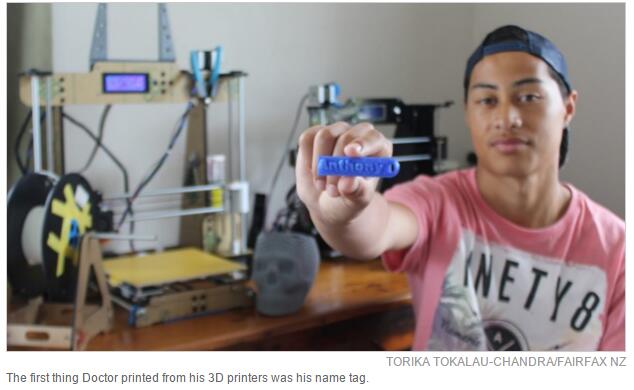 3D printing is a high-tech field, but a boy from Glen Innes in New Zealand turned this into amateur creation. In the past two years, the boy has assembled two 3D printers based on parts ordered from China. And both printers work.

The boy is Anthony Doctor and is 15 years old. He first came into contact with 3D printing and was a 6th grade student at Pt England Primary School. At that time, a student at the University of Auckland organized a teaching project to introduce this technology to students interested in 3D printing.

Anthony, now at Glendowie College, said he was attracted to the various components on the 3D printer, including small nuts, bolts, wires and belts. “I like this thing very much and want to assemble one myself,” he said.

At the age of 13, he relied on parts ordered from China for $350 to assemble the first 3D printer. It was an entry-level printer for the Prusa i3 Migbot, which took less than a week to assemble. In September of this year, he assembled an Anet A8 3D printer.

Anthony’s hobby of machine and technology began at the age of five, when he saw his father Randall alone assembled an arcade game, very envious. When he was a little older, he began to repair computers and earn some pocket money for himself.

“I like to assemble things and put all the parts together, which is very easy for me.” He said, “I like because these devices are complicated to others, but when you break them down or assemble them , you will understand how it works.”

Anthony will also use his assembled 3D printer to print out small gifts for his brother’s classmates, such as a hoe or toy gun, brand name and the like.

His next plan is to assemble a drone. “I will continue to assemble the machine and expand my knowledge. I am destined to become an engineer in the future,” he said.

Cheap But Good Tablet To Buy 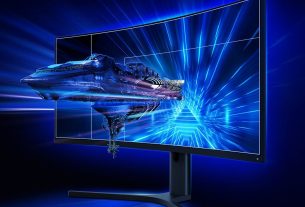 Advantages and Disadvantages of Shutter 3D Technology: Damage to the Human Eye