I believe many friends in the purchase of PSP players will also host a battery to do more than buy a spare battery. Indeed, thanks to the magic battery combinations appear, either Brush or demotion, or just for the use of safer PSP, will paint the second battery power of God is a very good choice. And because the time machine in there, the magic of the role of the battery will not just for Brush, PSP multi-system startup depend on it.

But the players to enjoy the convenience of two cells, but also encounter another problem, that is to charge the battery problem. The PSP itself does not provide additional charger, so it is original battery or the player then needs to buy a new battery into the PSP within the host before it can be charged.（PSP 1000 Battery Charger）

This is undoubtedly largely locked in the hands of the player. So a safe and reliable battery charger for PSP is particularly important.The charger model number to send comments are BTP-6369 with the BTP-6262. Look before you start lamenting: finally understand why the north, always liked to do so much packaging, editorial board got to see when this product becomes what … …

Fortunately, the north, quality, product does not have any flaws. So just like the small days, feel the north, with these two dedicated battery charger PSP2000 it.

Charger cheat work well, the metal part of the color bright. In the corresponding cheat under the positive and negative identity. The original PSP was the bottom of the charger power jack can be inserted here as DC5V 2A rated output of other power lines, such as the USB port charging cable.

Product labels affixed to the back of the charger, whose real name is clearly stated for PSP2000, input parameters for the DC5V 2A. BTP-6262 with PSP original volume and roughly the same power transformer, but the weight to be more compact.

BTP-6262 battery is for the PSP2000, use the charger charging time is approximately equal to the power supply directly to the PSP using the original charging speed. But at least you do not play PSP when it comes to towing a tail.

BTP-6262 with different body size petite, BTP-6369 start at the beginning of giving a heavy sense of when, whether in size or weight, of the BTP-6262 battery charger is higher than a grade. This product is actually built a power transformer, connecting directly with the electricity to charge the battery for the PSP2000

Chargers look and BTP-6262 is similar, but more of a can push the top button to set. The button is responsible for locking the battery, If you want to remove the battery to be pushed up from the button. Since the BTP-6262 battery charger is not the separation of design, sometimes in a charger to work under non-steady state, the button will not be good to ensure that the battery charging process occurred in poor contact and other issues.

Charger also has a button at the top, used to control the state of the plug. After the release of the plug, the charger can work properly. Chargers allowed input voltage range 100-240V, the voltage is 110V in some countries can also be the normal use of the charger.

The back of the charger also has a similar ring with the PSP console, looks really feel a bit of official accessories.

Chargers back also has a product label on some product model and input specifications and other information.

Charger is working properly, should be able to see from this picture why the manufacturers will design the battery fixed the button of the bar. The charger charging time is slightly longer than BTP-6262, but without using the original power supply, so bring slightly better performance or to the.（PSP 3000 Battery Charger）

Light on the charger description:

Just plug in the power, the charger indicator will light green and then click to exterminate. That the normal charge and transferred to the standby mode. 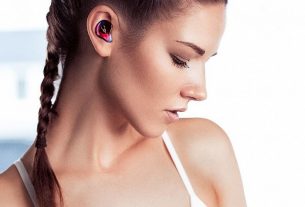