The 3D printer with CoreXY structure is shown in the figure:

The 3D printer with Hbot structure is shown in the figure:

CoreXY structure is not used much in 3D printers. Compared with 3D printers based on Cartesian structure, it has more advantages. The two conveyor belts on this machine are also interesting. They appear to intersect, but they are actually on two planes, one on top of the other. Two stepping motors are installed on the carriage moving in the X and Y directions, which makes the movement of the carriage more precise and stable.

The principle of CoreXY is to control the movement of XY through two motors at the same time. When the left and right motors are in the same direction, they move to the X axis, and when the two motors are in reverse, they move to the Y axis. With the simultaneous action of two motors, the force is more stable than a single motor controlling one axis, and it can also reduce the weight of a motor on the XY platform.

Hbot structure, from the top view, the XY motion mechanism of the machine is similar to the letter “H”. Different from the cross-axis, I3, and makerbot machine structure, the Hbot structure is fast, without the burden of the X-axis motor moving together, and it can be made smaller and the printing area is higher.

CoreXY and Hbot structures are common two-arm parallel structures. No matter XY motion requires the cooperation of two motors, it is called parallel.

The CoreXY structure requires two belts. Because the belts are crossed, they need to be installed in two different planes. The complex structure also brings some structural advantages, as shown in the figure:

The force of the crossbar is different. First, you need to explain the principle of force analysis. First, the belt is a flexible material. The flexible material can only provide pulling force but not thrust. Using this principle, you can analyze the force of each point. When hbot moves along the y-axis of the slider, at this time, the two pulleys on the lower layer of the beam have no power. Because the belt is pushing the pulley at this time, and the belt cannot provide thrust. The above two are pulled, so there is power, so the beam moving along the y axis is balanced by force, as shown in the figure:

When the slider moves along the X axis, the results obtained by the same analysis method are shown in the figure:

Common problems and solutions
1. The belt is too long, the size of the machine is too large, and the belt is too long to cause great deformation. The solution is to use a thicker and wider belt and try to tighten it as much as possible.
2. Hbot structure stress problem, the first solution is to reduce the width of the beam and reduce the moment arm. Method 2: Use high-strength sliders and rails on both sides of the beam to reduce deformation.

Using these two types of printers, high-speed and high-precision printing can be achieved. The installation is relatively simple and the cost is not high. 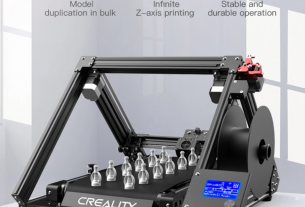