I can say that we have entered the time of LED, LED has been applied to various fields. In the past, perhaps no one will to think that clothes also can shine, it seems impossible. However, To wear light clothes is not a dream in this age.

When the first LED clothing was producted, it arosed attention of everyone. Clothes should not noly have originality, but also designed to be practical and functional. So, After several years later, LED clothes is becoming more perfect. Designers made the bizarre converging shiny clothing, having it, the same as having a personality, you will stand out in the crowd.

The fashion field has joined a growing number of LED elements to clothes. Fashion icon-Lady ga ga also used LED to her clothing. Mary Huang designed and manufactured LED suit-dress, making up of 24,000 LED and embroidering with 4,000 grains Swarovski crystal.

Except that, LED also can be use for the lingerie, It will make you more sexy.

Imagine Saturday night outfits that can turn green or red depending on the level of interest in the flirt at the bar. It is a whole new age of nonverbal communication.

An LED Light bulb can be integrated into clothing to create some amazing fashion statements as well as serve practical applications. Artists and engineers are coming together to bring new light to old clothes. 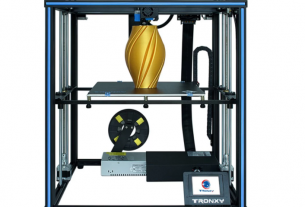 How Does A 3D Printer Work