As we all know, Wii is a popular gaming platform, let’s see what’s the best Wii games for kids. Nintendo Wii is not only an ordinary gaming platform, but also Game Consoles specially designed for children, just as the red and white machine in the 1980s. Although there are some deviation from the original intention, but it can’t deny that it is still a perfect gaming platform for the kids. Especially when the Wii MotionPlus takes the motion-sensing controls of the Wii console to new levels of precision, sensing game play movements with greater accuracy than ever before.

The return of a classic! (Okay, it’s old now) Although the New Super Mario Bros. Wii is the same old stuff, but for this classic game, we can consider it to made of recycled. Classic legend will continue. If you like your hyped games to be a safe bet than pre ordering probably feels like a shot in the dark. But if there’s one series you can count on to continually provide top quality, innovative game play then it is, of course, New Super Mario Bros. Wii. Jump your way, so that others may say, to save Princess Peach turtle with the devil and his legions are fighting it!

Many children like fighting games. But if children were exposed to too much or FightNight such as MortalKombat real bloody fighting game, on their growth will bring a bad influence. So, consider this, Nintendo developed Super Smash Bros Brawl specifically for children. You can find many familiar role in the game, and even the role of third-party game. For example, Sonic the Hedgehog, and Solly was • Snake. Super Smash Bros Brawl has all the “real” fighting that online games can bring you, but more interesting, more harmonious. 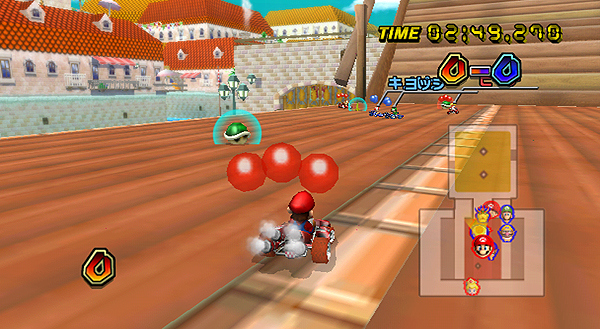 Mary Kart Wii, though not GranTurismo5, but also give you and your friends to bring the thrill of racing and fun. Mary Kart series looks like the release of all Nintendo’s control. But he does not bring the fun less than other series. And the motorcycle and in the new online mode that allows you to connect around the world rival improvisation competition!

Star Wars is really worth talking too much! But one thing I must mention is whether you are born in the 1970s, 1980s or 1990s, Star Wars will always be a part of your childhood, can not be replaced. With this in mind, the producers developed the Lego Star Wars, which bring the children more fun.

Donkey Kong Country Returns: Return of the DKC series resumes in the traditional top, leap the jungle, collecting bananas, golden letters constitute the “KONG” word. Like any other 2.5D games like, DKCR of play will be integrated into the 2D screen in 3D. Players ride named “DonkeyKong” or “DiddyKong” backs recover the stolen banana TikiTakTribe… When the second player controls the DiddyKong time, players control the choice for the game increase.

When the children grown up and looking back yesterday, they will be grateful for these games to defend their childhood. Looking for wii motionplus or wiimote controller or other Wii accessories? Welcome to visit China Wholesale online store TOMTOP: http://www.tomtop.com/video-games

Track Your Activity with Nike+ Fuelband

3 thoughts on “Wii Platform The Top 5 Games For Children”