In November 2014, 3D printing technology was named one of the 25 best inventions of 2014 by Time magazine. This is a boon for consumers and businesses. In the past few years alone, middle school students began physical experiments in 3D printed train cars. Scientists use 3D to print human organ tissue, and General Electric uses 3D printing technology to improve the efficiency of jet engines. This is indeed a skillful technique. At present, 3D printing is more suitable for small-scale manufacturing, especially high-end customized products, such as auto parts manufacturing and jewelry, toys and so on. Although the main material is still plastic, future metal materials will definitely be used for 3D printing. The application of 3D printing technology in the dentistry, jewelry, and medical industries will become wider and wider. 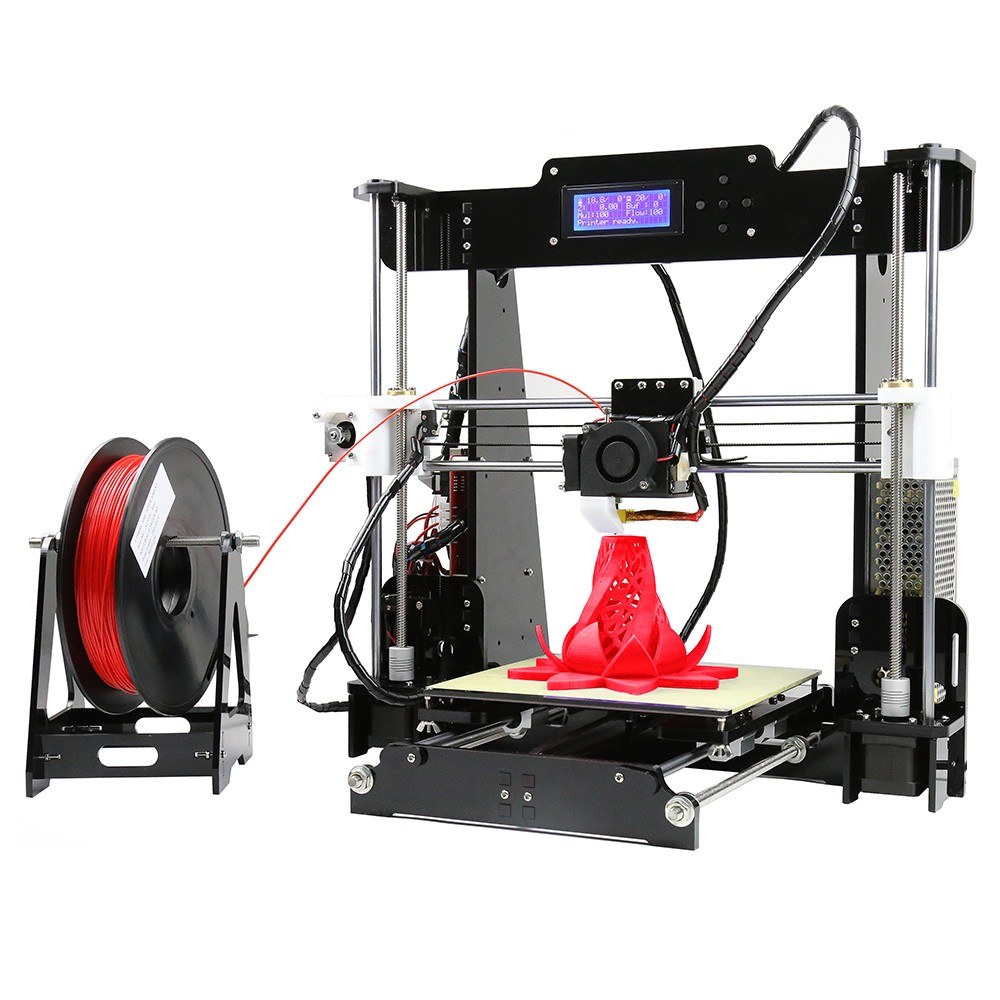 Technical principle
3D printer is a kind of cumulative manufacturing technology, a machine for rapid prototyping technology. It is a digital model file based on a special wax material, powder metal or plastic bonding material, by printing a layer of Bonding materials to create three-dimensional objects. At this stage, 3D printers are used to manufacture products. The technology of constructing objects by layer-by-layer printing. The principle of 3D printer is to put data and raw materials into a 3D printer, and the machine will build the products layer by layer according to the program.

The biggest difference between a 3D printer and a traditional printer is that the “ink” it uses is a real raw material. There are many different types of stacked thin layers. The types of media that can be used for printing range from plastics to metals, ceramics and rubber. Class of substances. Some printers can also be combined with different media to make the printed object hard and soft at the other end.
Common printing techniques are as follows:
1. Use the “inkjet” method. That is, a layer of extremely thin liquid plastic material is sprayed onto the mold tray using the printer nozzle and then treated under ultraviolet light. Then lower the mold tray by a very small distance to stack the next layer.
2. Using a technique called “melt molding”, the entire process is to melt the plastic in a nozzle and then form a thin layer by depositing plastic fibers.
3. A technique called “laser sintering” is used which uses powder particles as a printing medium. The powder particles are sprayed onto a mold tray to form an extremely thin powder layer, cast into a specific shape, and then cured by a sprayed liquid adhesive.
4. Use a stream of electrons in a vacuum to melt the powder particles. When encountering a complex structure comprising holes and cantilevers, a medium or substance is added to the media to provide support or space.

Future development prospects
3D printing has brought about a worldwide manufacturing revolution. In the past, component design relied entirely on the production process, and the emergence of 3D printers would subvert this production idea, which made enterprises no longer consider production when producing parts. Process problems, any complex shape design can be achieved through a 3D printer.
3D printing can generate objects of any shape directly from computer graphics without the need for machining or molds, which greatly shortens the production cycle and increases productivity. Although still to be perfected, the market potential of 3D printing technology is huge, and it is bound to become one of the many breakthrough technologies in the future manufacturing industry.
3D printing allows people to buy such printers in some electronics stores, and the factory is also selling directly. Scientists say that the use of 3D printers is still limited, but one day in the future, people will be able to print more useful items through 3D printers.