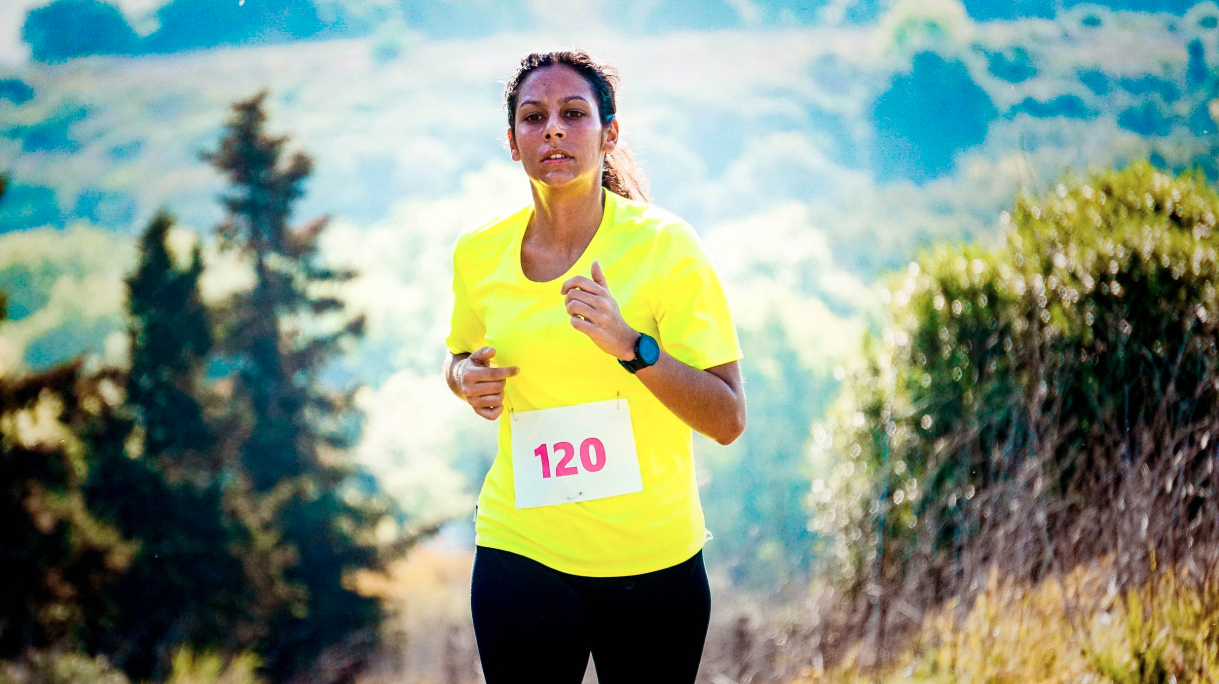 If you’re like me, you’d much rather run outside in the sunshine surrounded by nature, rather than on a treadmill. Then, you’re running in place and only have other workout equipment or people to stare at. This is especially true for somebody who likes to run long distances. If you’re running 10 miles, you don’t want to look at the same scenery for over an hour.

There’s just a few downsides to running outside which makes it a little harder, like having nothing to do with your water bottle except hold it as a small make-shift weight. In this post, we’ll show you a few ways you can make running outside just as hassle-free as it is on a treadmill.

When you’re in the gym, the machines tell you how long you’ve been running, how far you’ve gone, etc. Get the same luxury with the Garmin Forerunner 645 GPS Watch which measures your running dynamics like time balance, stride length, heart rate, and more. It also comes with a GPS and a contactless payment feature, so you can stop by and get a smoothie after your run without having to carry cash or your debit card.

What if you could purchase a mattress that’s actively working to revitalize and energize you? The Bear Mattress does exactly that. Its cover is Celliant woven, and is recognized by the FDA as wellness material. As the company Bear says, it “redirects the body’s natural energy as infrared light, which results in faster recovery, and increased energy and performance.” Not to mention it’s made with memory foam, which is known as a deep pressure relieving material. So wake up every morning feeling energized and excited to put on your running shoes, and hit the pavement.

Like I previously mentioned, one of the downsides to running outside is not having somewhere to hold your belongings. If you’re running a marathon, triathlon, or anything of that nature, you’ll particularly want somewhere convenient to put your things so you can focus on the race. The Unisex Sports Waist Belt Bag is a great and affordable solution for any runner. It has one big zipper pocket which can hold your credit cards, gadgets, or keys, and two pockets to hold water bottles so you can stay extra hydrated. It even has several reflective pieces, so folks who like to run at night can be illuminated and seen in the dark easier. If that wasn’t enough, the cherry on top is its small hole to put your headphones through, so you can listen to music while your device is in the bag’s pocket

This one’s for the women out there who don’t necessarily need or want a bag, because they don’t run more than a few miles. The Women Out Pocket Yoga Shorts have a pocket where you can hold your phone and keys while you run around your neighborhood, or your favorite running spot. The pocket isn’t made from mesh like many others, so you can carry cash without telling the world how much money you have on you. The leggings come in black and navy blue, and you can wear them with almost any workout outfit in your closet.

The last tip to make running more enjoyable is, of course, to curate your own run playlist. Whether you have Spotify, Apple Music, or another streaming service, find the songs that get you the most fired up and put them in one place. Once you have the perfect playlist, every song will motivate you to stay hyped on your run. Plus you won’t get distracted by repeatedly having to press the skip button to get to a song you actually like. Music makes your run go by that much faster, and you reach your goal before you know it.

This post was written by McKenzie Dillon who is a writer and editor at The Slumber Yard, a product review website focused on bedding and sleep products.

Buy lumens Instead Of Wattages

Several Major Functions Of The Curtain