A friend’s shop said that the cable network is not good, and the network will be disconnected from time to time. It is estimated that there are various instability in the computer room. Then the ordering machine in the store was going to work online. How many times, it is to order a meal on the d-host of a router, the kitchen single machine can not be single, the entire system must be networked. . . . Later, all kinds of entangled customer service was fruitless, and in order to facilitate the desktop WeChat order, I had to prepare a 4G router, which was used for emergency when the fiber network was not working. Internet search for the 4G router with a network cable socket model is really rare. Perhaps because of the domestic control of unlimited packages and the laying of wired fiber, the demand for such products is too limited.

You can choose only two Huawei models, or the B311 that has been tested in the station.

This is this, this is also the only licensed 4G wireless router in China, with network access license. But it is ugly. Can refer to other people’s public test.

The packaging looked cheap, and later saw another Huawei E5186s-61a for export products, and suddenly felt that it was not at a level.

Anyway, the most powerful on the market, except for telecommunications CDMA and mobile 3G networks are basically the same, although TDD has only one frequency band, the measured 4G of mobile is no problem.

Come out of the box. The front of the box has been sent, and the back is a simple product introduction.

The function is obviously much better than the B311 in the previous station, supporting USB, and telephone.

In conclusion, this product should be used in a place that is as sparsely populated as Australia or where the cost of laying a wired network like the Maldives is too high. Like the domestic role is really limited. But the function is very comprehensive, the network can basically cover, can send and receive text messages, and can make calls, as long as the ordinary phone can be used, which is more important than the average mobile router. The network is also stable and the speed is OK. It is recommended that you can start this model if you need it.

The next thing to discuss is a similar product. The difference in performance and appearance between the two 4G routers with different price differences can be so large. It must be said that these behaviors of domestic manufacturers are indeed ugly. In addition, although the router pursues stability and ease of use, it may not be taken out of the weak box inside the home, but many people will put it directly outside, so how can the ugly products look at people. Although I am not Huawei Black, but it is not Huawei powder, but from this product, I also let everyone think about Huawei’s behavior. 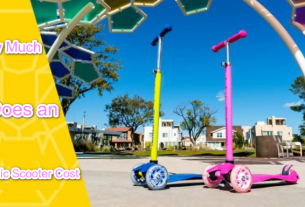 How Much Does an Electric Scooter Cost?

Watch, Not Just For Your Wrists Anymore

How to choose lingeries material