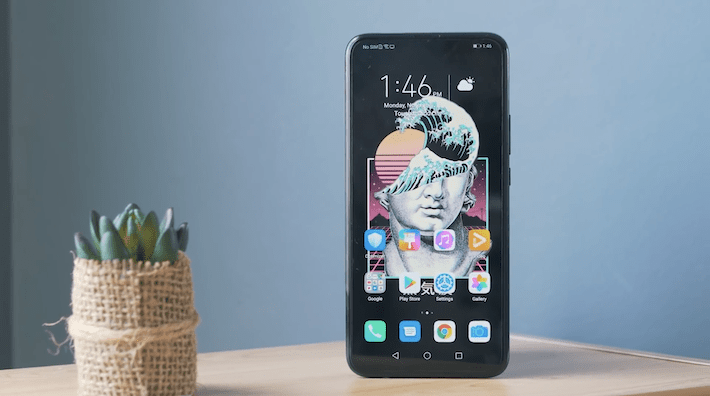 Introduction: Nowadays, there are many cheap large-sized smartphones in the market. Google Pixel 3a XL is one of them. It is equipped with a spacious 6-inch display, which provides efficient performance. Today, we are going to introduce another smart phone with larger size and cheaper price, which is Honor 9X produced by Huawei’s brand Honor.

The Honor 9X has a larger screen and is very cheap. It lacks some key features, but it is enough to be a solid and reliable smartphone.

Honor 9X does not contain many features worth showing off, but it is one of the most cost-effective smartphones in the market.

-The Honor 9X with a 6.59-inch display is unmatched in price, and its LCD display performs surprisingly well.

——Although the price is relatively low, the shiny glass back of Honor 9X makes it look and feel unique.

——The performance of Honor 9X is ok, but given its low price, its performance is not dazzling.

——The picture taken by Honor 9X’s 48-megapixel main camera during the day works well, but its low-light shooting performance is not good.

When the Honor 9X is taken out of its white retail box, it is surprisingly valuable-its body material, especially the 3D glass back case, feels like a more expensive phone, especially When you compare it to the polycarbonate body of the Pixel 3a. Still, the Honor 9X’s body quality is not comparable to the Pixel 3a, and the seams between its front and rear panels are a bit large.

The sapphire blue version of the Honor 9X we tested is a phone with a “Dynamic X design” on the back-in normal low light, the back of the phone will look slightly textured, but when you place it in a strong In the light, you will see an X-shaped pattern of tiny diamond elements on the back of the phone. The midnight black version of the Honor 9X comes with an ordinary glossy surface-more subtle, but not as interesting as it looks.

The top left corner of Honor9X’s back is equipped with a vertical rear camera array and flash, and a fingerprint scanner is located at the center above the back. Its back shell is curved and looks very beautiful. At the same time, the Honor 9X can bring a comfortable grip.

The Honor 9X has nothing to say on the front. Its display has a notch-less design, but it has a very obvious bottom bezel and a smaller forehead containing call speakers. In short, Honor 9X does not use a perforated notch like Honor 20 Pro or View20, and does not look like a Honor phone in 2019.

Honor 9X is equipped with a huge 6.59-inch FHD LCD comprehensive display without any notches or perforations, but the image display quality of LCD screens is obviously not as good as OLED screens.

While watching the Star Wars: The Rise Of Skywalker trailer on the Honor 9X phone, I found that the picture of the Resistance and Rey fighting against Renkilo was quite blurred, but its color The display is still bright.

The Honor 9X is equipped with three cameras on the back: a 48-megapixel primary sensor, an 8-megapixel ultra-wide sensor with a 120-degree field of view, and a 2-megapixel depth-assisted sensor (the camera itself may not even be a camera at all). Obviously, the Honor 9X is not equipped with a telephoto lens to achieve the sacred Trinity camera function in 2019, but it is understandable in view of its price-currently Honor only has a zoom lens on the flagship phone Honor 20 Pro, the price is 9X twice.

In the ultra-wide-angle lens competition, the Honor 9X wins by default because the single-lens Pixel 3a is not equipped with an ultra-wide-angle lens. It is worth mentioning that Honor 9X’s ultra-wide lens has only 8 million pixels, which is a relatively low resolution, so the quality of the images taken is very average.

Unless specifically set, Honor 9X’s default image is 12 megapixels, instead of its 48 megapixel maximum resolution. This is done to save built-in storage space and allow digital zoom and other photo features. When I switched the camera resolution of the Honor 9X to 48 megapixels, I found that the image it took was much brighter than the image taken by the Pixel 3a.

Unfortunately, the Honor 9X is not suitable for shooting in low light environments. In low light environments, it cannot effectively handle bright light sources, nor can it reveal details hidden in the dark, mainly because it can only use 8 million pixels. Resolution “night mode”, unlike the Pixel 3a, which can use “Night Sight” mode at a maximum resolution of 12.2 million pixels.

All in all, Honor 9X captures better images in bright environments, but the Pixel 3a shows far more details and colors than Honor 9X.

Honor 9X is equipped with a 16-megapixel pop-up front camera, which supports dust and splash resistance, but it opens and closes a bit slowly, partly because of the length of the module. If users want to take selfie snapshots quickly, Honor 9X may not be enough.

The Honor 9X and Pixel 3a phones perform well in normal selfies. The Pixel 3a has normal post-processing to make my skin tone look healthy, while the Honor 9X makes my face look more natural. However, in terms of background scene processing, the Pixel 3a performs better.

As we all know, Honor is a subsidiary of Huawei, and Huawei is currently included in the “entity list” of the U.S. government, preventing U.S. companies from selling hardware or software to it, which also affects Huawei’s partnership with Google, so Mate 30 can use Android Operating system, but not Google Play Store. However, since Honor 9X was first released in the domestic market before the ban took effect, it can still run all Android applications without being affected by the ban.

Honor 9X does not cover Honor’s own Magic UI interface. It covers Huawei EMUI 9.1 interface, which means that you will get the Android 9 Pie user experience. Android 9 is not a problem. Even though Android 10 will bring you more and better features, it does contain a lot of Huawei’s bloated software applications. These applications are not practical.

Honor 9X’s user interface may not be as intuitive as other Honor products, but it works as usual, with a delightful application and background design, you can switch between the application drawer or just a home screen, or you can Switch between two / three virtual buttons or gesture navigation.

Honor launched GPUturbo 3.0-its own game optimization software, which can be used with more than 20 popular games, which can inspire the best performance of mobile phones. At the same time, Honor 9X also supports AI signal enhancement software to quickly recover lost signals by switching between mobile phone antennas. Both of these features are great, but if you are a “game fan”, I recommend you buy a more powerful smartphone.

Honor 9X only has a set of internal specifications options: Kirin 710 processor, 6GB memory and 128GB storage space, which means that Honor 9X is not a powerful phone, but it is still sufficient for daily use and some needs.

Running Asphalt 9: Legends in Honor 9X is not as bad as you think. Of course, the graphics degradation makes the edges of all models look a little uneven, but the game still runs. Smooth, and can respond to touch control without delay. The Honor 9X’s fuselage stays cool during the game, although the processing can be heavy.

Honor 9X is a very cost-effective smart phone, with some high-quality details that make it feel more like a mobile phone that is two to three times more expensive. Admittedly, Honor 9X has obvious weaknesses. For example, the camera’s low-light shooting performance is not decent and its running performance is mediocre, but its notch display, good battery life and stable camera performance (under normal lighting conditions) are very People are impressive.

If you want to buy a smartphone with a large display at a low price, Honor 9X is still worth considering. Of course, you can also buy the Pixel 3a or Pixel 3a XL. Their overall performance is better than the Honor 9X. Their cameras are better and they run the Android 10 operating system. (Finish)

Ulefone Armor 5, the most rugged smartphone in 2018 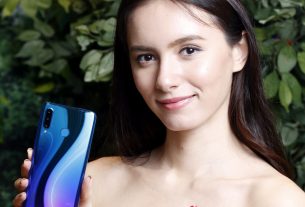 Huawei P30 Lite is listed in India, and the “civilian price” is not lost