Global revenue for packaged LEDs used in lighting applications is set to soar to $7.1 billion in 2016

LONDON, UK: Amid falling prices and rising consumer acceptance, light-emitting diode (LED) technology is taking over the lighting business, spurring a 96 percent increase in packaged LED revenue in the market from 2013 through 2016.

The figure presents the IHS forecast of revenue for packaged LEDs in lighting. A packaged LED is an LED die with a protective covering with contacts that enable it to be directly soldered to an electrical circuit.

“As retail prices for LED lamps have fallen, it’s become more obvious that they are an attractive alternative to conventional light bulbs, providing long-term savings in energy and replacement costs,” said Stewart Shinkwin, market analyst, lighting and LEDs, for IHS.

“Because of this, shipments of LED lamps for lighting are set to increase dramatically in the coming years, rising to 2.4 billion units in 2016, up from 520 million in 2013. The rapid expansion of the lighting market will come as a major boon to suppliers of packaged LEDs, which are seeking the next growth opportunity following the slowdown of the backlighting business.”

Looking back at backlighting
In the past, rapid growth in the packaged LED market was driven by LCD display backlighting in applications such as mobile phones, notebooks and TVs. The majority of these applications have completed their transition to LED technology. Therefore, while LED demand for these products remains stable, annual unit growth largely is limited to single-digit percentages.

The lighting market, however, is predicted to provide the next wave of explosive growth for packaged LEDs.

Let there be lighting
In 2012, the lighting sector became the largest end application for the packaged LED market, having finally overtaken the TV backlighting market. Market saturation for LED backlighting has resulted in a number of leading suppliers shifting their focus and development resources toward the lighting industry.

With LED bulbs retail prices decreasing and more consumers realizing the cost savings LED lamps can provide over long periods of time, penetration of LEDs into the lighting market is set to increase significantly.

Light fight
Along with great opportunity, the projected growth in LED lamps will result in intensified competition among suppliers vying to capture market share.

You comment has been added. Thank you for your contribution! 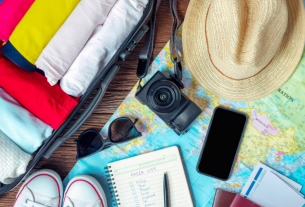 What Do I Need To Prepare For A Trip To The Beach?

30% off for Electric Cigarette Roller Machine