1. First and foremost is to test the Xbox360 Adapter has no delay. Unfortunately …. there is a slight delay, but the delay on most of the game should be aware of that. But I want to test is the Street Fighter 4. General with their usual roles to try. 4 under continuous 2lk, the success rate of only 3 percent. . . Has been repeatedly tried, but obviously feel that the delay caused by the conversion with the ps3 controller to test the success rate of 8 percent change immediately, with the joystick as if 9 is not a problem. Head pressure of other roles even more difficult after a few tries I can only give up …. even more tragic is that I madcatz change the joystick handle 360 inserted in the converter is no response, the converter lights are not bright. But the 360 wired controller to the original no problem. Now I do not know if this converter handles madcatz have compatibility problems. TE 360 do not have joystick, so can not test, and expect other players to test.

2. Test Ninja Gaiden 2, because the game is free to set the keys, so you can set and 360 the same, mainly used as a defense Lt, located immediately prior to playing Ninja Gaiden feel!! Do not like the ps3 has been mainly joystick in the following location, playing for a long time to feel no comfortable position above the handle 360. (But some people like the ps3 is the joystick position, and personal factors issues). Vibration perfect, feeling more than the ps3 to handle a little more level and amplitude. But not surprising, because the cable 360 is also the details of the handle vibration better than wireless, wireless due to the power, vibration, there is no wired controller feel more good.

3. MotorStorm because Gen 2 is not around, can only test generation, the effect should be the same. Feel a lot better, finally can get rid of the residue ps3 R2 buttons feel like every time my index finger to play MotorStorm by R2, for a long time will feel very tired, very uncomfortable. After using the handle for just 360 big liberation. According to the level of the accelerator can also be reflected, in the end by half and by the effect is very perfect. Personally, I recommend added 360 controller converter to play this game.

4. The mysterious sea, vibration perfect, Xbox 360 Turbo Controller is more comfortable with the right analog stick aiming, shooting games 360 controller does feel better, but the tragedy is that there are no buttons to set the game options, it is not the key to his gun and shooting set to LT and RT, the only LB and RB, feel greatly reduced. 2 is not in the hands of the sea god, forget whether you can set the button, and not words only tragedy. (Blame ps3 L2 R2 does feel good, game makers are set on the L1R1).

Overall a pretty good converter, drawback is a slight delay, and if you do not play more stringent on the number of frames input fighting game, little impact, in fact, most people should feel. However, the converted person is not recommended for play fighting games. The handle the compatibility of madcatz not so good, I do that does not. If you are going to handle or joystick with madcatz to convert to use it, or see if other players have the same compatibility issues. Finally, put the picture online, is that I reviewed above, the following is the same type of product, but the country seems to have failed to sell.

Power up! Ready to back to school 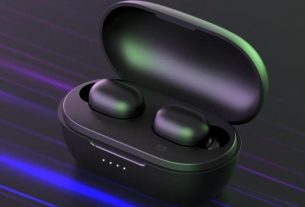