For many years, we have shopped for light bulbs based on their wattage. Which , with the arrival of energy saving light bulbs on the market, has become a wrong idea.

Watts are only able to tell us how much energy a light bulb uses and nothing about the type or amount of light given out.

LED Light bulbs use a tiny amount of power compared to halogen and fluorescent bulbs, while producing the same amount of light. This makes it difficult to gauge their performance using watts and even harder to draw comparisons.

A watt is a measurement of electrical power, formally equal to the amount of energy in 1 ampere of current flowing at 1 volt. A light bulb that is rated at, say, 200 watts uses more electricity to produce light than a bulb rated for 100 watts. The benefit, however, is that the 200-watt bulb produces significantly more light than the lower-rated bulb. The relative efficiency of different light bulbs can be gauged by comparing how many lumens they produce for every watt of electrical power.

Lumens and Watts in LEDs

The efficiency of a light bulb is expressed in lumens per watt (lm/W), also known as its lumen-to-watt ratio. When we talk about lumens per watt, we are measuring how many lumens of light are produced for each watt of electrical energy consumed. LEDs that are bright enough to replace incandescents for household use—that is, producing the same number of lumens as standard 40- or 60-watt bulbs—typically only use 9 to 12 watts.As LED Lights produce more light while using less energy, they are more cost effective to run.

From what we have showed above, it is easy to come to the conclusion that the lumens is the only way to gauge the performance of light fixtures. So next time when you shop for light bulbs, remember that buy lumens rather than wattages

6 Decorating Tips For Your Child’s Bedroom 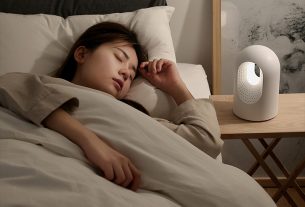 Xiaomi has a product that is so popular: Why is Afu Sleeping Fragrance?